By the grace of God, Mike & DeGlorious released a new single titled IMELA which is one of their new album.

Just if you are not aware, a single was released recently, My Case is Different.

Countless people were blessed by the successful concert Euphoria in Benin City, Edo State, in conjunction with ROX NATION in May.

If you were blessed by the event, there is more to it, by divine inspiration the group is back with a new single IMELA.

“The bible says count your blessings, name them one by one and it will surprise you what the Lord has done.” This song is all about giving thanks and appreciating God for all He has and will do, both for the seen and the unseen miracles.”

In the new video, you will encounter practical principles to over circumstance beyond your power. The next time you find yourself in a situation that you don’t even have a clue of, remember what God has done, remember what God can do and manifest the faith of God. You might as well sung the popular song, Imela

May the presence of God never depart from you. before you go, let me entertain you with the lyrics of the gospel song.

See below the video discussing the goodness of God. 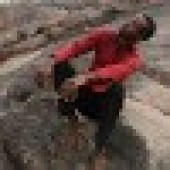